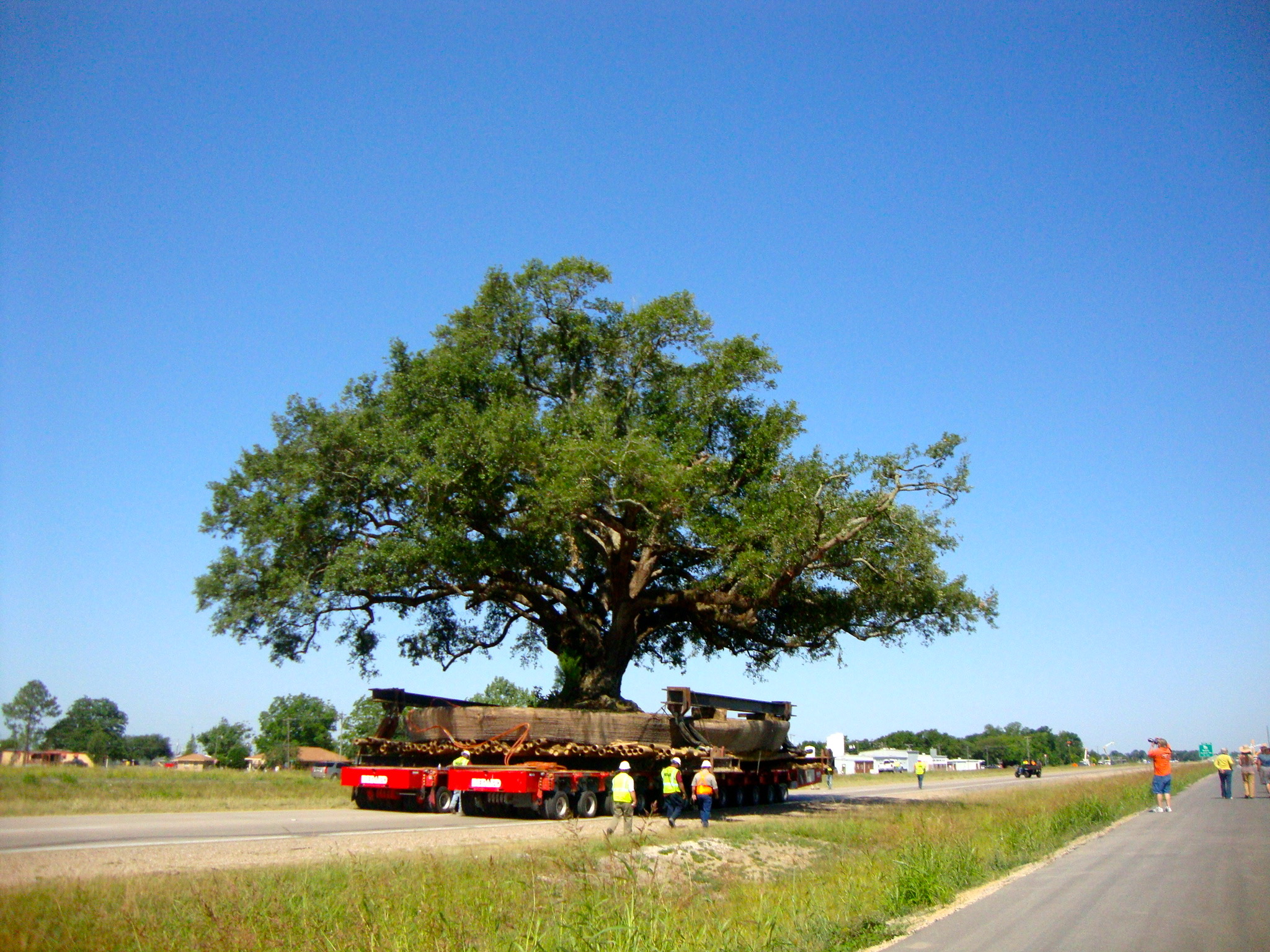 Since its inception 40 years ago in Tomball, Texas, Environmental Design has saved countless trees from being chopped down. Over the decades, the company has moved and replanted trees small and large, young and old. EDI has worked on such prestigious projects as installing hundreds of trees for the 9/11 Memorial in Manhattan to relocating a 1,000-year-old sycamore fig tree in Israel.

EDI has served a plethora of clients over the years, including private residents, hotels and resorts, museums, universities, governments and golf courses. Ellen Lewis, spokeswoman for EDI says clients need trees to be moved for a number of reasons.

“There are an increasing number of tree ordinances being adopted throughout the U.S.,” says Lewis. “Austin and D.C. are examples of municipalities requiring trees of a certain diameter be saved from destruction during development. We also have moved historic trees, trees that have a significant history with the community and trees with sentimental value to families.”

EDI takes great care with the root systems, preparing its trees for transplant by pruning the roots in advance of the move—as much as a year in advance. Lewis says the process allows time for the root system to re-generate to get back into balance with the canopy.

EDI transported and planted 416 trees for the 9/11 Memorial at Ground Zero in New York City.

The company procured 500 trees in New York, New Jersey, Maryland and Virginia—states that were impacted by terrorist acts of Sept. 11, 2001. They brought the trees to a nursery within 50 miles of the Memorial site to care for the root systems, then began installing the trees from 2010-2015 as sections of the $16 billion construction project were completed.

Among the trees is the “Survivor Tree,” a Callery pear tree that was damaged at the World Trade Center on 9/11. Initially, the New York City Department of Parks and Recreation removed the tree from the rubble and took it under its care. EDI moved and replanted the tree back in its proper home in 2010. Today, the Survivor Tree is a symbol of resilience, survival and rebirth.

Mr. Al is a 150-year-old, 175-ton live oak tree in New Iberia, Louisiana. The Louisiana Department of Transportation was going to cut down Mr. Al in order to expand US 90. Concerned residents stepped in to save the tree, and the state hired EDI to help. EDI moved the tree about 2 miles from the original spot, and Mr. Al is still thriving today.

When the course opened in 1919, a majestic Monterey Pine guarded the 18th hole. When pine pitch canker killed the tree, the play of the hole changed dramatically. Pebble Beach Resorts asked EDI to find a healthy tree to put in its place.

EDI discovered a 200-year-old Monterey Cypress on the side of the first fairway to relocate. Over six months, EDI root-pruned the tree, encapsulated the rootball, and installed a lifting platform in preparation for the transplant. The tree transplant was accomplished in just five days, and golf operations were never shut down. The 18th hole has returned to its former glory!