How one community created a privately funded park 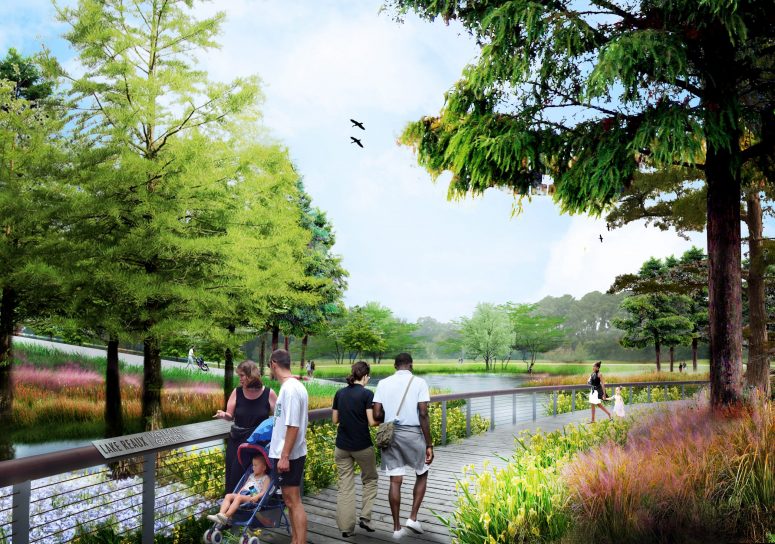 When Moncus Park opens this fall, the locals of Lafayette, Louisiana will have access to 100 acres of spectacular green space right in the center of town. Kids will cast a line in the pond and climb centuries-old oak trees, so massive they seem to rest their branches on the ground. Dogs will play freely inside the fenced-in park or run alongside their master on over 2 miles of trails.  Saturday mornings, Moncus Park will be filled with live zydeco music and the savory aroma of Cajun cuisine during the weekly farmers market.

The entire space would have gone to private development had it not been for young activist and urban planner, Elizabeth “EB” Brooks.

In 2005, EB was studying environmental sustainability at the University of Louisiana at Lafayette. Her best friend Danica Adams was living in a farmhouse on the university’s old 100-acre cattle and equestrian farm in exchange for working 10 hours a week at the on-campus horticulture center. EB was making plans to move in with her, when Danica received a curious letter that the property must be vacated immediately.

“They’re developing the horse farm,” their professor Dr. Griff Blakewood later informed them in class, slamming down the newspaper to show them the breaking news. In tears, EB and Danica made a pact they would save the horse farm, a refuge in the middle of the city they thought of as home.

After working tirelessly for 15 years, EB finally gets to see their dream come true. She’s not only saved the horse farm, she’s created a wonderful outdoor space for her entire community to enjoy. Pardon the pun, but it hasn’t exactly been a walk in the park. From facing political hurdles to raising more than $15 million, from an oil industry crash and a local recession to a devastating flood and COVID-19, EB has faced more than her fair share of challenges.

While most college seniors were attending parties or sending out resumes, EB and Danica were launching a heated political campaign against their own university and an esteemed president who had been there 50 years. They started a MySpace page—and later a Facebook page—and hosted events to inform and engage the community in their “Save the Horse Farm” efforts. EB never lost interest, even after graduating and moving away to work in Houston and then attend graduate school at UT Austin for urban planning and design.

“My work to save the horse farm inspired my career,” says EB. “I didn’t even know urban planning and design jobs existed before that.”

In 2008, the university hired a new president, and he agreed not to sell to developers. After years of negotiations, the university reached a deal in 2012 with the City of Lafayette, which then turned the land over to the new nonprofit conservancy, Lafayette Central Park.

“Around that time, I was asked to come back to Lafayette and serve on the board of the new nonprofit,” EB recalls. “We knew our city parks and recreation department didn’t have the funding to transform this property into a world-class central park that we always envisioned, so we’d have to raise the money ourselves.”

After securing a a $2.6 million grant from the Lafayette Public Trust Financing Authority,  the organization dove into creating a master plan.

“As a planner, community engagement is really important, especially this particular project where so many people were involved in saving the horse farm,” says EB. “We knew we needed a design firm who would be inclusive and truly be for the people. The integrity of the process was most important to us.”

Unlike other firms that submitted almost final designs for the park, Design Workshop’s plan was all about engaging the public in the design process.

Design Workshop is an award-winning firm known for its innovative urban projects in cities like Houston, Denver, Phoenix, Vancouver and Green Bay. Their Chairman and CEO, Kurt Culbertson, happens to be a Louisiana native.

“I immediately knew it was the right fit,” says EB. “Kurt went to LSU, which has one of the best landscape architecture programs in the country, and he’s made a point through his illustrious career to hire LSU grads. It was really cool for us to be able to work with essentially locals, through a firm with so many offices around the world.”

The team held community workshops for nine months, gathering some 7,400 opinions from all sectors of the city for inclusivity and diversity.

“The public helped us determine what attractions they wanted and where to put them—keep the farmers market, don’t include a skate park, do build a dog park …” explains EB. “Design Workshop used some incredible technology to gather public opinions and display the votes in real-time. The firm also implemented mapping technology with drag-and-drop features for everyone to choose the ideal location of our main attractions. At other meetings, citizens actually glued their favorite features onto construction paper, and Design Workshop scanned them in, using a heat map to show what the majority of people wanted. Using all that data, we created a master plan that pleased 78 percent of our participants.”

“It was both a wonderful year but also a tough one,” she recalls. “Our mentor Dr. Blakewood passed away at age 54 of cancer that same year. He was gone much too soon. But before he died, he was able to see that our park was actually going to happen.”

By 2015, EB had become the executive director, a role she’s seemed destined for all along.  With the master plan in hand, EB and her team could then go to local philanthropists and businesses for the remainder of the funding.

The lead gift of $7.5 million for the naming rights of the park was generously donated by Louisiana oilman Jim Moncus, which funded the infrastructure, including a bridge onto the property over a large city drainage canal, known in Louisiana as a coulee. With a major flood in 2016, there was more red tape than usual working with FEMA and Lafayette Consolidated Government. (Lafayette gets 62 inches of rain annually. In 2016, 21 inches of rain slammed the city in just one day). The small two-lane bridge over the coulee ended up costing nearly $2 million.

The other major work during the initial construction phase included creating the four-acre lake, the focal point of Moncus Park.

“150,000 cubic yards of dirt were excavated to make the lake,” says EB. “We used the dirt to build two hills, which created a physical berm to reduce sound from the amphitheater from going into the adjacent neighborhood. We also unknowingly created the highest point in Lafayette at 60 feet above sea level, just 30 feet above grade.”

While the four-acre lake is scenic and serene, it serves many practical purposes as well, from aiding drainage and irrigation to providing future revenue through fishing pole and kayak rentals.

“We worked with engineering partner Mader Engineering, who installed a box at the culvert so in the case of a low-rain event, water can go through the ravine, but if it’s a major gully-washer, almost all the water is diverted into a pipe that fills the pond. Not only does it give us a sustainable water source, it allows our pond with all those beautiful wetland gardens to filter the rainwater while buying some time so all that water doesn’t overwhelm the city coulee.”

The lake includes a boardwalk and quiet sitting areas, and a resident alligator has already moved in. The Society for Louisiana Irises donated 800 native irises, and Moncus Park will be the designated location for all hybridized and native Louisiana iris species. The Master Gardeners of the LSU AgCenter Cooperative Extension office also plan to eventually make Moncus Park their chapter’s headquarters.

“Most of the plantings have been around the lake and the central promenade,” says EB. “Overall, we’ve achieved a naturalistic and modern look.”

Some 250 native magnolias, oaks and cypress trees have been planted on the property. Other grasses and plants include Celebration Bermudagrass, Gulf Muhly, Mexican Ruellia, Dwarf Palmettos, Southern Field Ferns, Bog Sage, Dwarf Agapanthus, and Blue Mistflower to name a few.

From the beginning, sustainability has been imperative. Some of the sustainable features in the park include solar-powered lights, a rain garden in the parking lot, and stations for refilling water bottles. Lake Flato, an architecture firm out of San Antonio, is designing the future farmers pavilion to be off the electrical grid and tout low water usage.

To compute maintenance costs, down to the number of man hours for each square foot of grass, the team also worked with ETM Associates, one of the country’s foremost operations and maintenance planning consultants.

“The new traditions that we are starting here at Moncus Park will only get better with time once we open with all of our community-inspired amenities,” says EB. “We are so proud to open this fall as a community park—for and by the community.” 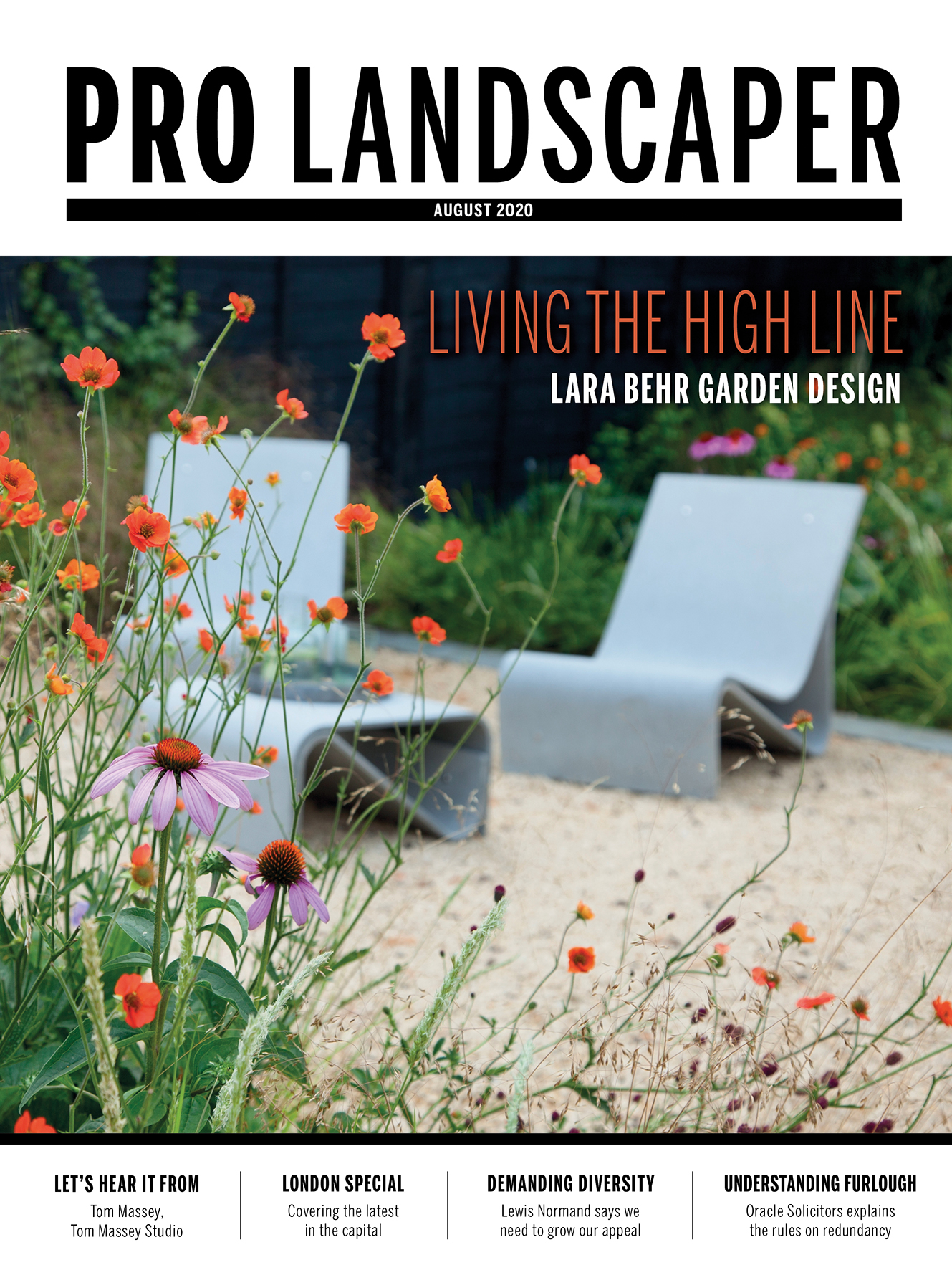