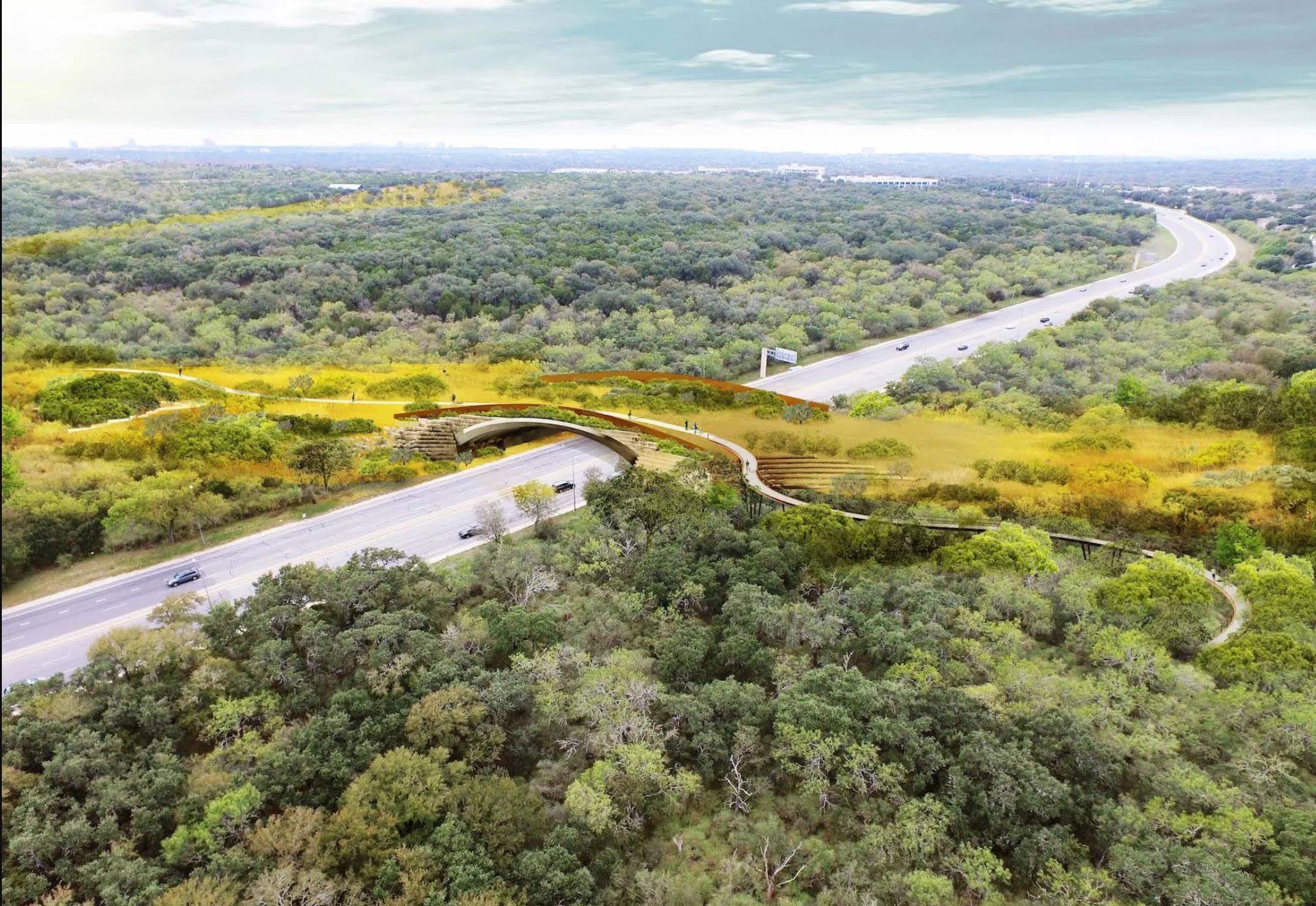 The Robert L.B. Tobin Land Bridge has opened at San Antonio’s Phil Hardberger Park after two years of construction. The crossing over Wurzbach Parkway cost $23 million and is designed for both wildlife and pedestrians. This is the first land bridge of a significant scale to be conceived and built in the United States.

The bridge’s location helps reclaim natural habitat and allow wildlife to move safely between the two portions of the park divided by the six-lane highway. The park has dedicated 75 percent of the site to preservation and restoration of the native landscape and the rest to low-impact recreation.

“We join the Phil Hardberger Park Conservancy in celebrating the opening of the Robert L.B. Tobin Land Bridge,” said Mayor Ron Nirenberg in a press release. “The Land Bridge connects people with nature in the heart of San Antonio. I look forward to watching the landscape grow and mature with native trees and plants and observing wildlife through viewing blinds designed by local artists. The bridge is an amazing achievement.”

“Civil engineering only played a small part in defining the parameters for design of the Land Bridge,” says Homer Garcia III, San Antonio Director of Parks and Recreation. “The bridge was designed for use by both humans and animals with each in mind. Winding curves accommodate pedestrian accessibility and keep people in the center on the trail while raised outer edges of the structure prevent animals from getting too close to the edges of the bridge. These careful design elements protect wildlife and humans’ flow across the bridge. Regarding the bridge’s landscape, soil varies in depth across the bridge in order to accommodate the native plantings and their root system which ensures their viability. A catchment system at the base of the bridge will provide a water source that promotes conservation and provides sustainability to the landscape.”

“Drainage generally flows from the apex of the bridge outward toward the abutments,” says Garcia. “Additionally, there are a number of earth berms that run parallel to girders of the bridge. These berms separate the trail system from the dedicated wildlife corridor. Design of the drainage system provides a waterproofed barrier system that keeps the concrete deck of the bridge dry and sheds any water that percolates that deep into the soil into a French drain system that is taken away from the bridge.”