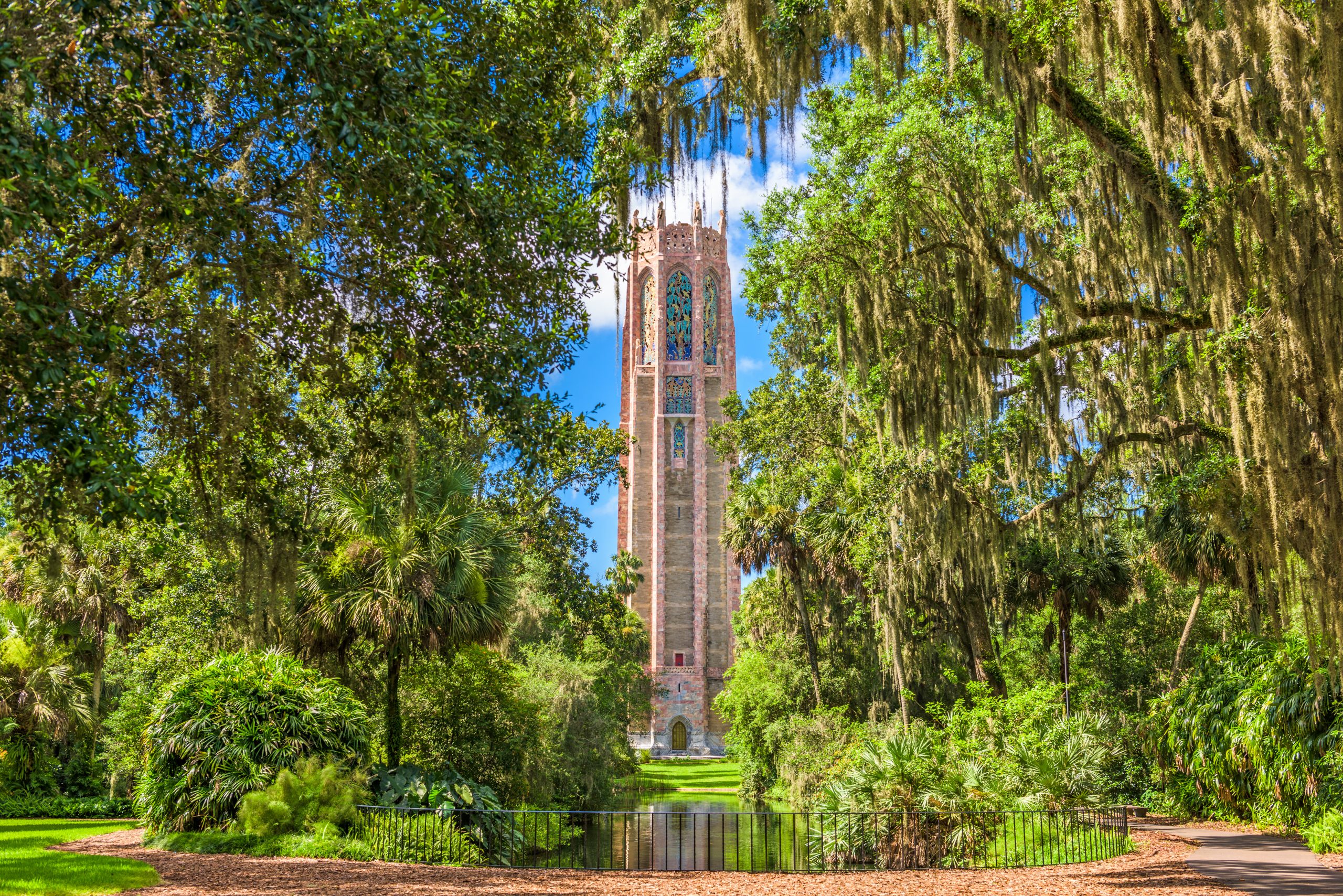 If spring of 2020 has taught us anything, it’s that outdoor spaces are a saving grace. Public gardens are an especially wonderful escape, not only for visitors but professionals as well. With travel restrictions lifting, public gardens are reopening all across the South, so you can take along the kids while finding some inspiration for your own landscaping and design projects. One of our favorites is Bok Tower Gardens in Lake Wales, Florida.

A History of Bok Tower Gardens

Florida is always full of surprises, and one of its greatest is Bok Tower Gardens. Northerners have been fleeing to Florida to escape brutal winters for more than a century. But instead of retreating to the sandy coast, millionaire publisher of Ladies Home Journal Edward Bok settled on some property in Central Florida in the 1920s.

Bok fell in love with the area and its rolling hills. He took daily walks up to the area’s highest point, about 298 feet above sea level, where he could see for miles. “Make the world a bit better or beautiful because you have lived in it,” he recalled his grandmother’s words to him. And so he decided to build a public garden.

Now a century later, Bok’s legacy lives on as a National Historic Landmark and one of Florida’s most beloved attractions outside of the theme parks. Bok Tower Gardens is also just one of 39 institutions that participate in the Center for Plant Conservation , a national coalition that restores and conserves rare native plants in the US.

In 2010, Bok Tower Gardens embarked on its largest capital expansion campaign in the garden’s history and began planning for a special children’s garden. But when Olmsted has built your original gardens, what landscape architect can follow in his footsteps?

They found the right person for the task in Thomas Woltz of Nelson Byrd Woltz, WSJ. Magazine’s “Design Innovator of the Year” and recipient of numerous awards from the American Institute of Architects and the American Society of Landscape Architects.

“Everything Thomas Woltz designed at Hammock Hollow was intended to inspire children to interact with nature,” says Erica Smith, director of marketing & public relations. “He really married the old Olmsted style with new exciting and natural elements for today’s generation.”

The nearly 3-acre children’s park cost $16 million to create, and the end result is phenomenal. The garden adventure begins with a pebble mosaic by sculptor Kevin Carman that runs throughout the garden. Mosaics of a red-headed woodpecker and gopher tortoise complement smaller mosaics along the trail as well as a large mosaic indigo snake, all creatures that are protected in Florida.

Other highlights at Hammock Hollow include an edible garden, interactive water features, vibrant plantings and play areas with climbing features as well as space to build and dig. The Fox Den highlights plant, animal and human relationships and their dependency on the forest. Unique plant life here includes Spanish moss, resurrection fern-covered branches and epiphytes growing in tree crevices. Children can walk on the boardwalk along a stunning cypress grove, where bird feeding stations and plantings attract birds and butterflies along the way.