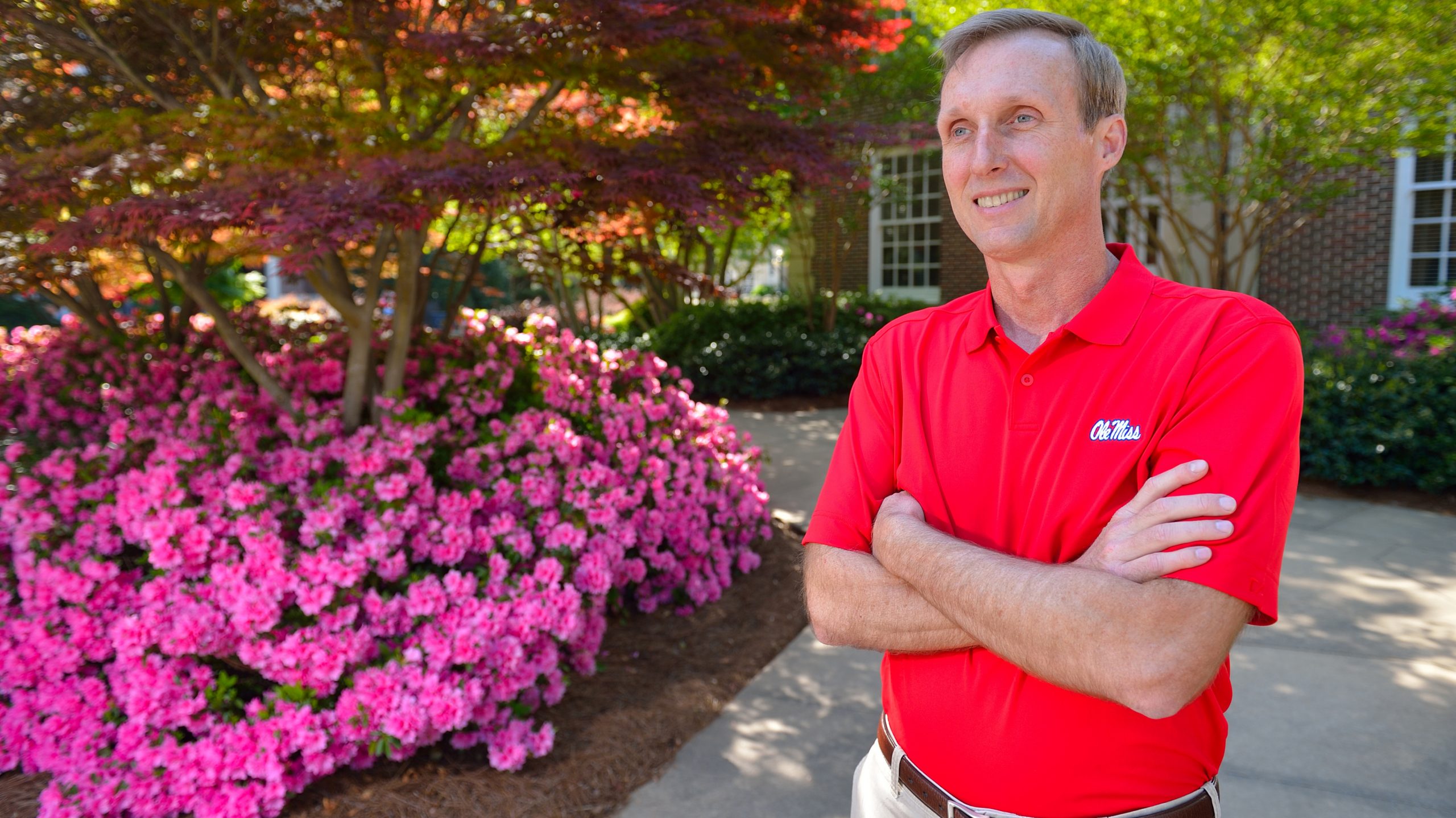 McManus is known throughout the SEC for his inclusive leadership. Not only he is Director of Landscape Services at the University of Mississippi, he’s also an independent consultant, and runs The Landscape University to teach leadership skills to businesses. He also brings together his counterparts from other SEC schools to discuss common issues and challenges.

In 2016, he received both Auburn’s 2016 Outstanding Alumni Award in Horticulture and Most Outstanding Staff Member at Ole Miss. And just last year, Ole Miss was one of America’s top 50 most beautiful campuses by BestColleges.com.

McManus doesn’t take personal credit, but like a true leader, gives it to his team. Since his career began decades years ago, he’s taken a team approach to landscaping. He discovered early on that high-quality people generate high-quality results.

“I hadn’t considered horticulture as a field until my brother got into the business with a nursery and garden center—I didn’t realize until then there were management positions,” he says. “I grew up outside Atlanta and we were always big Auburn fans, so I enrolled in their landscape and ornamental horticulture program.”

Grand Cypress Resort in Orlando recruited him straight out of college, followed by Turnberry Isle Resort & Club in Miami.

“I really got to turn things around there,” says McManus. “The property was below par. We had leadership issues and a workforce that wasn’t accountable. I wanted to build morale and get people to want to come to work—to go from paycheck to passion.”

Thanks to McManus’ efforts, Turnberry received a national award.

Raising the Bar at Ole Miss

Then in 2000, Ole Miss, which was getting ready to invest in campus beautification, got word of his success and contacted McManus about managing their grounds.

“Again at Ole Miss, I noticed the same issues as in Florida—employees who weren’t engaged in their jobs,” he says.

McManus speaks many words of wisdom, but one catch phrase is “great teams aren’t created, they are cultivated.”  He helps each worker maximize their own potential toward a bigger, more important purpose. In the case of Ole Miss, maintaining grounds increases the quality of life of campus and serves as a recruitment tool, something his employees take pride in.

“62 percent of prospective students who visit a college campus will make their decision based on the first impression, which is usually the outdoor space,” says McManus.

The Ole Miss grounds team manages 1,000 acres on a $2 million budget with 33 employees. Thanks to input and problem solving from the team, they’ve reduced their mowing days from 10 to four. They are able to work more efficiently by trimming low branches and moving trash cans and other items that slowed down their process. The team hand-prunes 90 percent of the shrubs, which McManus says not only looks better and more natural, it’s actually lower maintenance in the long run.

To be more sustainable, the department is using biodiesel when they can, recycling all their wood and keeping leaves on campus.

At the heart of Ole Miss is The Grove, a 10-acre green space especially popular for football tailgating. The grounds team cares for 84 trees in The Grove as well as countless others around campus, including red oaks, white oaks and pecan trees.

While McManus is a landscaping expert, he’s really become a leadership expert.

“One of the things they don’t teach you in this degree is how to lead other people,” he says. “We want to get people to not only be excited about plants, how to grow them and how to nurture them, but how to get their job done more efficiently.”

Through The Landscaping University and his private leadership events, small and large businesses receive training on everything from consistency to customer service. His next virtual conference will be held on Nov. 18 and is open to all.

Common Ground in the SEC

While rivals on the football field, SEC schools have gained common ground when it comes to landscaping. McManus is hosting an SEC landscape conference this fall, and he says his counterparts at other universities are constantly benchmarking and sharing ideas for how to do their jobs better.

“We bring all the big schools around the table: Ole Miss, Alabama, Tennessee, Auburn, Georgia, Mississippi State, Missouri, LSU, Kentucky …” he says. “We talk about everything from new challenges with outdoor classrooms to new projects and facilities opening up. Chances are, someone else in the group has already dealt with the same issue. We can really save ourselves a lot of time and headache.”

“The SEC is so competitive when it comes to sports, and academically too, but the facilities people, we realize we have to network together,” he continues. “When we go to our boss’ office, we already have ideas.” 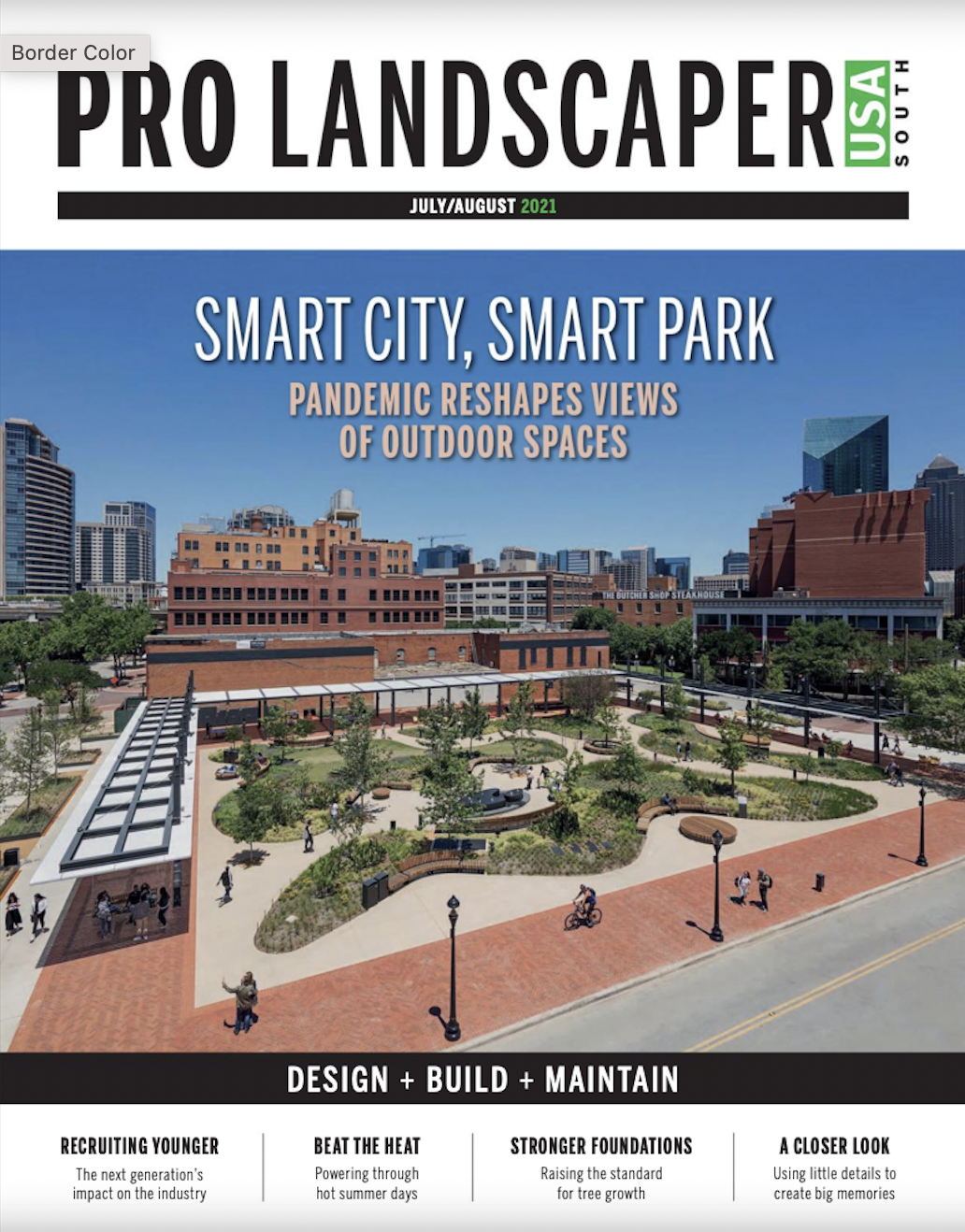