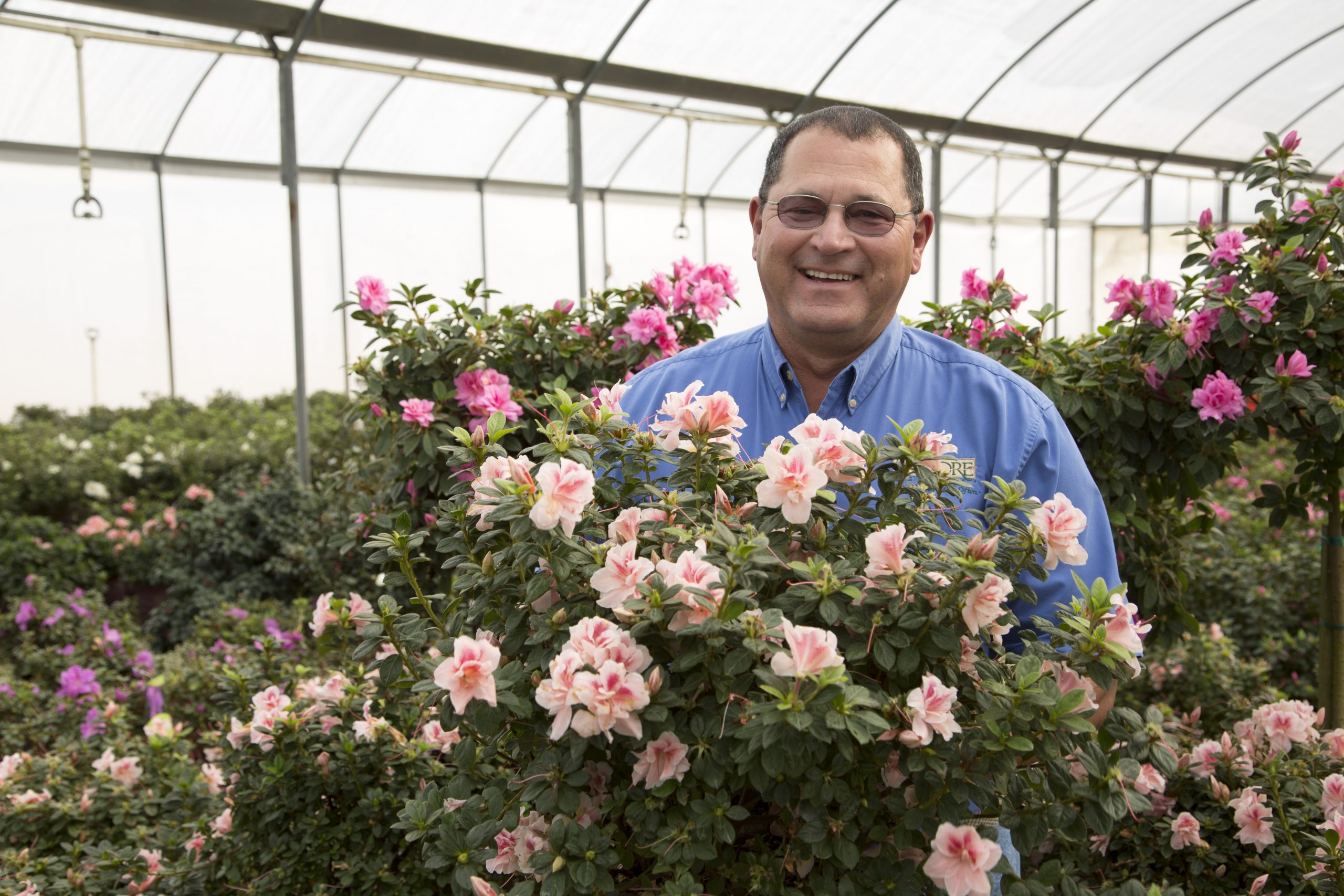 In the small town of Loxley, Alabama, Plant Development Services, Inc. is doing big things. The company has 80 patents in its name, including plants in the Encore Azalea and the Southern Living Plant Collection brands, just to name a few.

Plant Development Services is the sister company of Flowerwood Nursery, one of the country’s largest wholesale plant nurseries. Flowerwood got its roots in the 1930s in the backyard of Harry H. Smith. Now run by his grandson Greg Smith, the company has grown to 600 employees with multiple locations in Alabama, Florida and Georgia.

Always stellar growers and distributors, Flowerwood got into the plant development business about 25 years ago when the company was introduced to breeder Buddy Lee and his revolutionary Encore Azalea. (Shown above in the header photo)

Lee had always loved experimenting with plants; as a child he collected seedlings he found on his family’s farm in Louisiana. After years cultivating and hybridizing azaleas, he went to Flowerwood with a genetically unique azalea that could bloom in spring, summer and fall. He knew he had a superior product, but he wanted to see if his Encore Azalea could be produced for mass market. Flowerwood seemed like the perfect choice: it was located in “The Azalea City” of Mobile and grew more azaleas than anyone in the country.

“I’m so grateful Greg Smith took a gamble on me and the Encore Azalea,” says Lee. “Back then, nurseries didn’t want to take a plant that might not sell, and growers didn’t want to use up their resources on something unknown that may not be profitable. It wasn’t always an easy road, but Greg really stuck with it.”

Through helping Lee trial, patent and market the Encore Azalea, Smith saw an opportunity. His company could support breeders like Lee while solving problems for the horticulture and landscaping industry. So in 1996, he created Plant Development Services. He recruited Lee to serve as the company’s Director of Plant Innovations, while Lee continued to work as a nurse back home in Louisiana and at his own nursery, Transcend, located in Tangipahoa Parish.

“We were developing new plants before new plants were a thing in fashion,” Lee recalls. “I worked as an RN to pay the bills, but plants have always been my full-time passion.”

Their ingenuity and perseverance paid off. Today, more than 2.6 million Encore Azaleas are sold each year, with a total of 31 varieties created by Lee and Plant Development Services now sold around the country.

In the early 2000s, Southern Living magazine saw the success of the Encore Azalea and went to Plant Development Services to create their own line of plants.

“Southern Living is on every coffee table in the South—they are the go-to for everything from lifestyle and food to gardening,” says Kip McConnell, director of Plant Development Services. “But they had a problem: They would write about a new plant, but then their customer wouldn’t be able to find it. They wanted to close that gap by having their own new and interesting plants readily available.”

Plant Development Services launched the Southern Living Plant Collection in 2008. Today, more than 200 varieties in the collection are sold in 4,500 retail locations, with some 60 nurseries licensed to grow the plants.

The Jubilation Gardenia blooms longer and doesn’t grow larger than about 4 feet. Their Purple Pixie Loropetalum drapes perfectly over containers and stays purple and compact all year. Their bestselling Sunshine Ligustrum is known for its brilliant yellow foliage, and since the plants don’t reseed, they aren’t invasive.

Finding the Next Plant

Today, Plant Development Services works with breeders from as far away as Japan, South Africa and Australia.

“To develop a new plant, we look at a big set of criteria,” says McConnell. “We look at how easy it is to propagate and grow, to how it’s going to perform and generate a profit. We look at what makes it unique, what problem it solves, and what it will replace. We trial it in different locations and work with various universities. We want everyone involved to be successful.”

Plant Development Services serves as a one-stop shop for breeders, assisting with plant trials to handling the intellectual property, graphic design, marketing and product placement. Once the plant gets to market, the breeders are paid a royalty. For Lee, that’s been a life-changer. He’s finally been able to focus on plants full-time.

“I’ve always loved plant breeding, and I love to encourage others,” says Lee. “It’s so exciting to work with new plants. Seedlings are like children—each is unique. If you watch them closely, you can see all the variables taking place.” 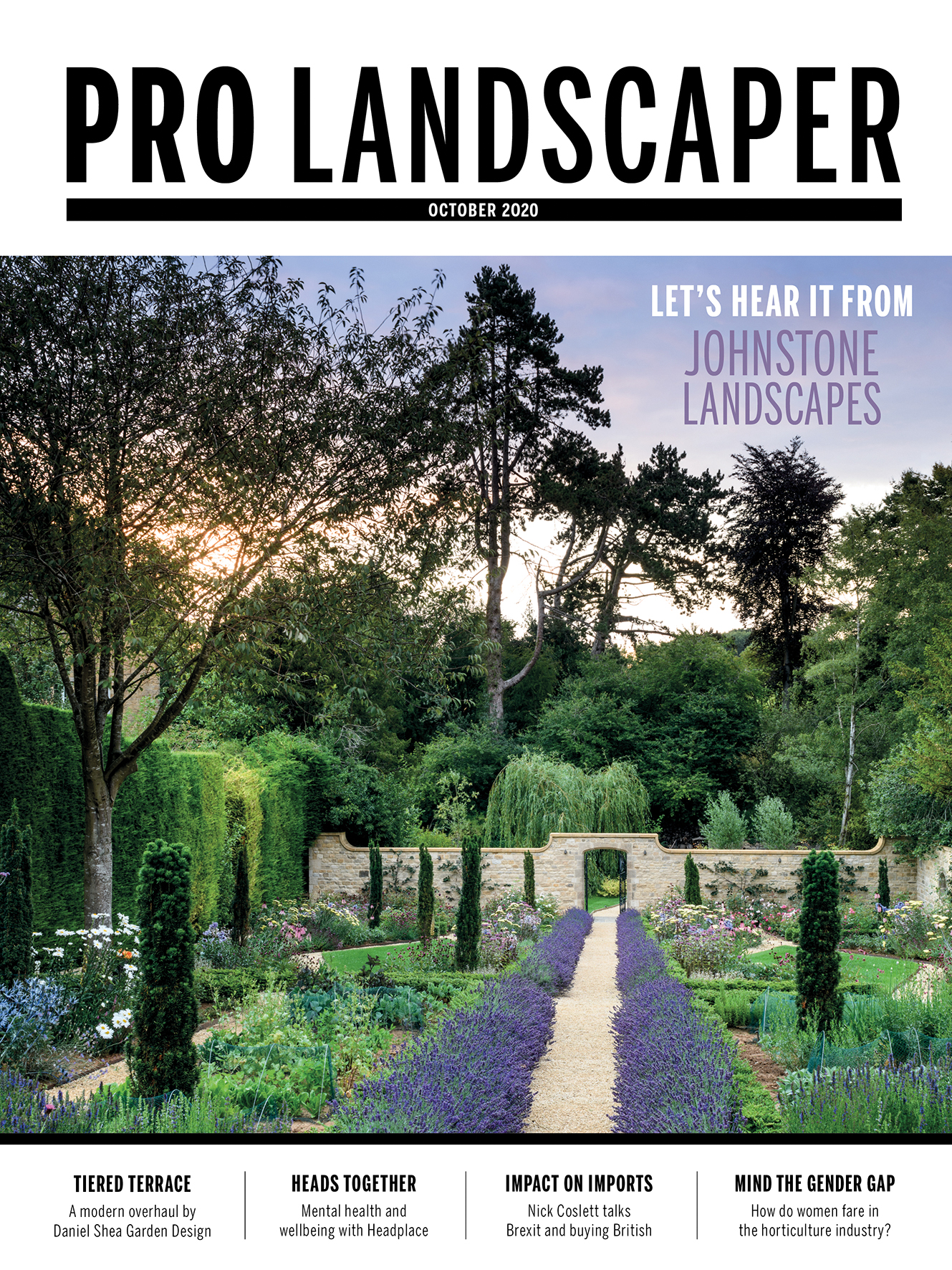