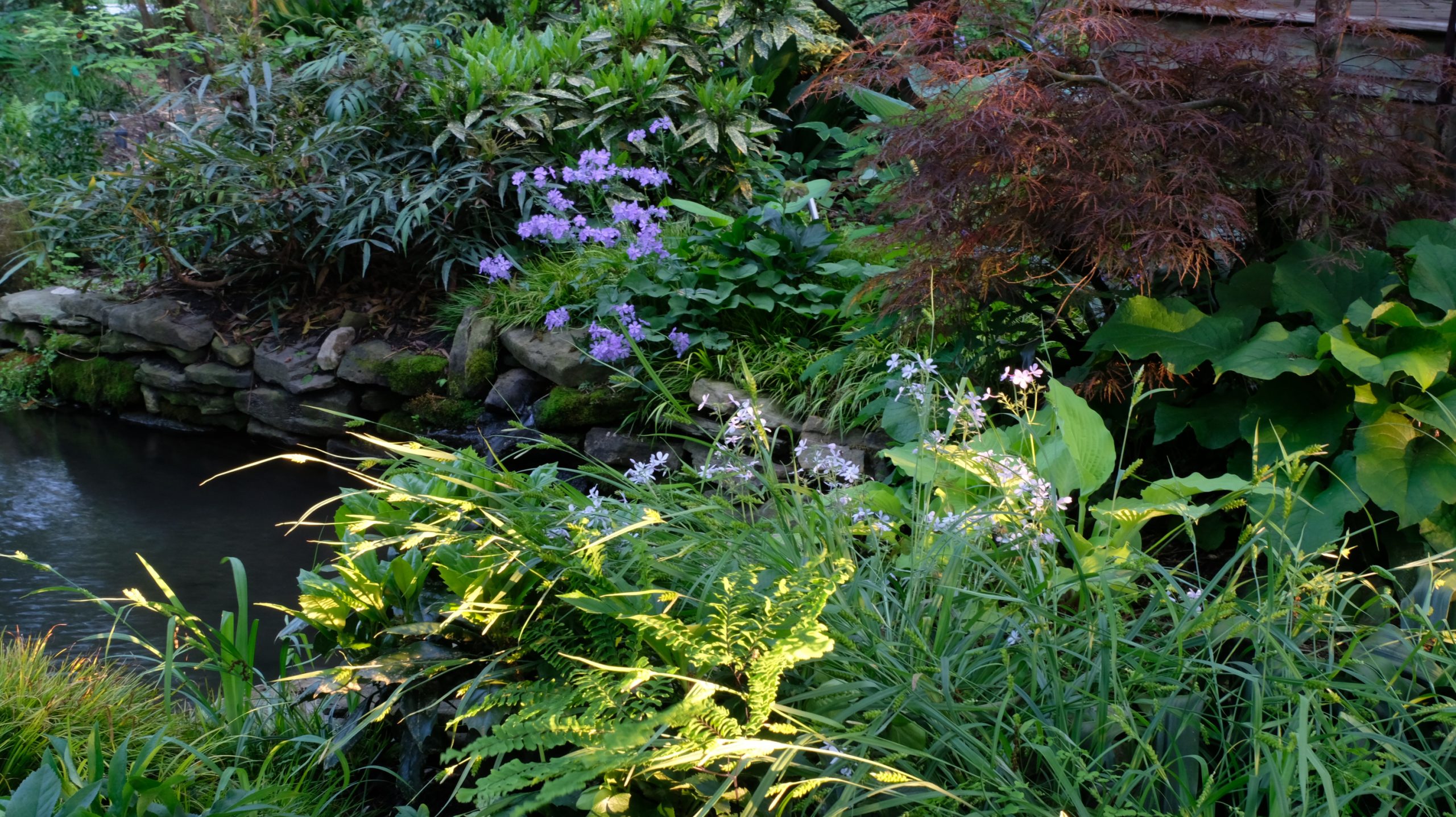 For the past 32 years, Plant Delights Nursery in Raleigh has been the go-to source for native, rare and unique perennials.

At any given time, Plant Delights is growing and trialing some 30,000 plants and selling more than 1,500 varieties on its website, ready to ship around the world. But it’s not the selection that sets Plant Delights apart, but its leader, Tony Avent.

Tony Avent is passionate about plants. The businessman, horticulturalist and international plant explorer has been featured on HGTV, The Martha Stewart Show, in Southern Living, The New York Times and as a columnist for various publications around North Carolina. Over his career, he’s earned numerous awards including Distinguished Alumni from NC State’s Department of Horticultural Science.

While at NC State, Avent studied under J.C. Raulston, who became his mentor. The two remained close as Raulston ran the university’s arboretum, and Avent worked as landscape director across the street at the NC State Fairgrounds.

“I came to the nursery from a maintenance background,” says Avent. “When you have to take care of 350 acres, you learn to be very efficient. If you don’t choose the right plant for the right place, it becomes a maintenance nightmare.”

Avent says for this reason he provides his customers with the most accurate plant descriptions and sizes. His online plant catalog is extensive, complete with photos and detailed information. Customers can shop by season, color, genus, plant hardiness zones and more.

Avent says there’s too much information online these days that’s misleading, so he makes sure to give his customers a true depiction of what they’re getting and how each plant will grow.

“If you just measure from the container with no idea what the finished size is going to be, it can just kill the homeowner because they can’t maintain it,” he says. “It amazes me that when a plant is too large, people will get those hedge cutters out every week for the rest of their lives rather than pick up a shovel once to move it.”

Avent says a frustration among the industry is consumers who have an unrealistic idea of plants.

“Consumers want plants that look good 12 months out of the year, and that’s an insane requirement,” he says. “They want these perfect Stepford gardens. But plants are dynamic, they change all the time and bloom at different times of the year. Everything looking the same is boring.”

Avent recommends that landscapers and homeowners visit botanical gardens to see how various plants grow and interact with each other. He actually started his own 28-acre botanical garden adjacent to his nursery to help his customers make better buying decisions. He opens Juniper Level Botanic Gardens several times throughout the year for his customers to walk through and see the many possibilities of plants in a real-life setting.

“Our showcase in February is my favorite,” says Avent. “In the winter without all the clutter, you can see the structure of the garden, the texture and the form. It’s the perfect time for landscapers to plan.”

Avent says another benefit of botanical gardens is for consumers and landscapers to see just how healthy plants can be when cared for correctly. He warns of two common mistakes that should be avoided: trimming back plants too much and using fertilizers with toxic chemicals.

“For the past 34 years at Plant Delights, we’ve done everything organically and without chemical fertilizers,” he says. “If you eat nothing but Snickers bars, you’ll be big but unhealthy. It’s the same thing when you crank plants full of MiracleGro. It’s not good for them.”

Avent warns that ammonium phosphate and other chemicals in fertilizers and herbicides are killing microbes that are critical to the soil.

“There are 200 billion living beings in every teaspoon of soil—that’s a massive country,” he says. “99 percent of bacteria and fungi are good and beneficial.”

A Rare and Unusual Plant Collection

Avent is also an expert when it comes to rare and unusual plants. He’s studied plants around the country and has traveled to far corners of the world on plant hunting expeditions. He has visited places like China, Taiwan, Korea, Mexico, Argentina, Slovenia, Bosnia, Crete and South Africa, bringing back different species to his living laboratory.

“We have so many undiscovered plants right in our own backyard,” says Avent. “I know someone who found a brand-new species of Trillium across from a McDonald’s on 1-20 in South Carolina. It’s unreal how much is still undocumented.”

Avent says you can’t preserve rare and endangered plants in place—you have to propagate and share them. And growing them in his garden and selling them online is just one way to do that.

“Imagine what it would be like if consumers started looking at their home garden as a conservation habitat,” he says. “It would really change what we grow.”

As for his future plans, Avent would like for Juniper Level Botanic Garden to one day be part of the university’s arboretum, now the J.C. Raulston Arboretum, named for his late mentor. In February, Avent announced he will donate his gardens, land and nursery, valued at $7.5 million, to NC State. The university has established an endowment fund to operate the gardens. They are currently soliciting donations toward their needed goal of $17 million.

Combined, these two institutions will have one of the largest and most impressive collections in the world of plant genetics, and NC State can continue Avent’s ex-situ plant conservation, study, education, breeding, propagation, and plant distribution.

Even after Avent retires, his work will continue to grow and flourish as he leaves behind a living legacy.